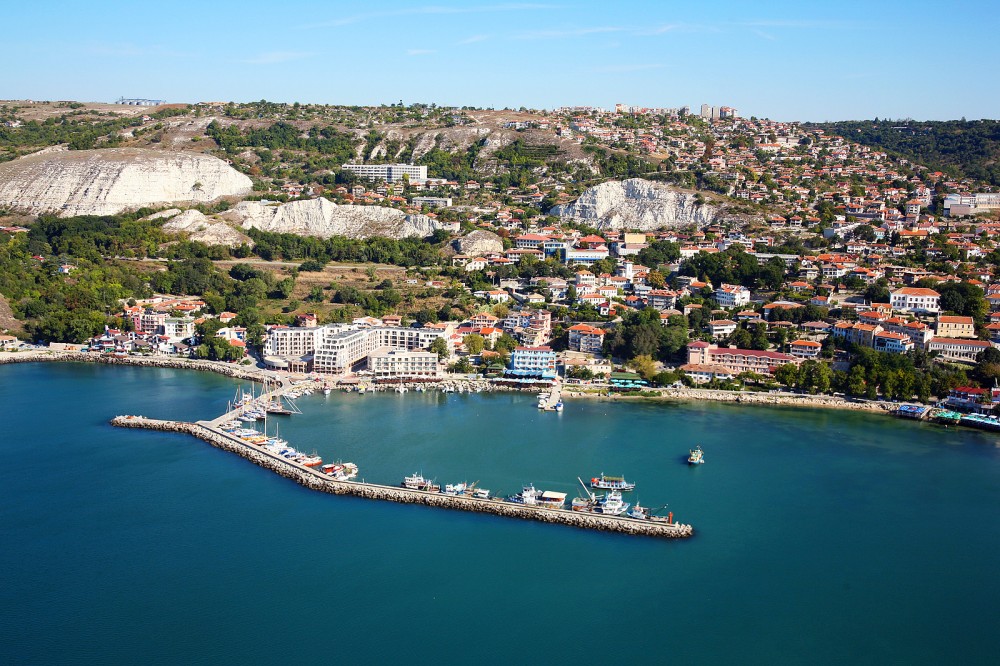 Balchik (13 766 population) is situated 36 km northeast from Varna, 501 km from Sofia at the marine coast. There is a harbour. The town appears during V c. BC. At first, it was a village with the name “Kruni” or “Krouol”, called by the earliest Track village living at the surroundings. The name of the town comes from “Izvori”, connected with the fact that there are many karst springs around. Later the town is renamed “Dionisipolis” By Dionysian, The God of Wine, and Feasts. The town suits you with transport to Dobrich, Varna and Albena. Except for the busses, there are also mini busses, taxies, as well as water transport to the beautiful resorts in Varna and Albena. Touzlata – situated 4 km. east of the town, is been known with the fact that there is rehabilitation mud. There is a balneology centre between two lakes, formed from earth creep upheavals. The centre accepts patients with bone diseases. There is a big tourist complex, many villas, camp places around giving a perfect chance for an unforgettable vacation. Balchik fames itself with mineral spas, the temperature of which is 31degrees. 15 km. southwest from Balchik is situated the village of Obrochishte, with its well- reserved fortress, dating from the time of the Ottoman invasion.
Historic – archaeological museum Balchik
The museum of Balchik illustrates the material culture of native population. There can be seen finds, dating from the period of 6 BC, when the town founded, by 1940.
Ethnographic museum – Balchik
The Ethnographic museum of Balchik is a beautiful restored house belonging to a Balchik tradesman and keeps the cosiness of village and urban type of guest rooms from the end of 19c.
The Palace Tihoto Gnezgo (The Quiet Nest) around Balchik situated at the lower part of the area between three steep coasts is unreachable by the wind