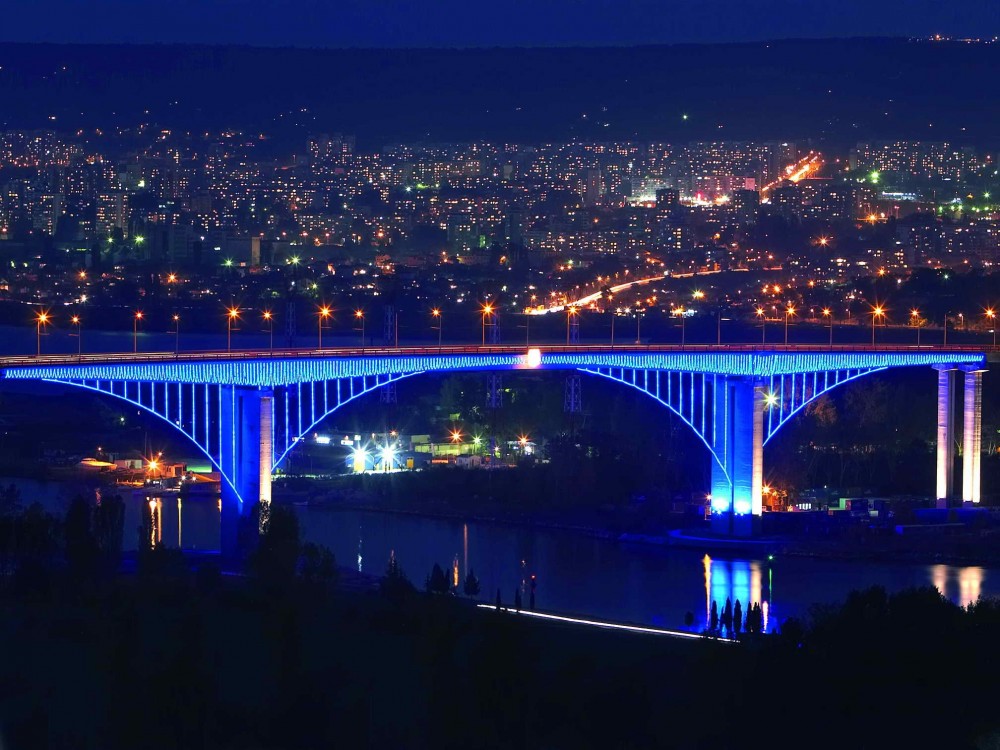 Varna is the largest city and seaside resort on the Bulgarian Black Sea Coast and the third largest city in Bulgaria with a population of 335,949. It is also the fourth largest city on the Black Sea.
Often referred to as the marine (or summer) capital of Bulgaria, Varna is a major tourist destination, a starting point for all the resorts in the northern Bulgarian Black Sea Coast, a business and university centre,seaport, and headquarters of the Bulgarian Navy and merchant marine. In April 2008, Varna was designated seat of the Black Sea Euro-Region (a new regional organization, not identical to the Black Sea Euroregion) by the Council of Europe.[2]
The oldest golden jewelry in the world, belonging to the Varna culture, was discovered in the Varna Necropolis, located in the present city of Varna; it consists of jewelry dating to 4200-4600 BC.
City landmarks include the Varna Archaeological Museum, exhibiting the Gold of Varna, the Roman Baths, the Battle of Varna Park Museum, the Naval Museum in the Italianate Villa Assareto displaying the museum ship Drazki torpedo boat, the Museum of Ethnography in an Ottoman-period compound featuring the life of local urban dwellers, fisherfolk, and peasants in the late 19th and early 20th century.
The ‘Sea Garden’ is the oldest and perhaps largest park in town containing an open-air theatre (venue of the International Ballet Competition, opera performances and concerts), Varna Aquarium (opened 1932), the Festa Dolphinarium (opened 1984), the Nicolaus Copernicus Observatory and Planetarium, the Museum of Natural History, a terrarium, a zoo, an alpineum, a children’s amusement park with a pond, boat house and ice-skating rink, and other attractions. The National Revival Alley is decorated with bronze monuments to prominent Bulgarians, and the Cosmonauts’ Alley contains trees planted by Yuri Gagarin and other Soviet and Bulgarian cosmonauts. The Garden is a national monument of landscape architecture and is said to be the largest landscaped park in the Balkans.
The waterfront promenade is lined by a string of beach clubs offering a vibrant scene of rock, hip-hop, Bulgarian and American-style pop, techno, and chalga. In October 2006, The Independent dubbed Varna “Europe’s new funky-town, the good-time capital of Bulgaria”. The city enjoys a nationwide reputation for its rock, hip-hop, world music, and other artists, clubs, and related events such as July Morning and international rock and hip-hop (including graffiti) venues.
The city beaches, also known as sea baths (морски бани, morski bani), are dotted with hot (up to 55°С/131 °F) sulphuric mineral water sources (used for spas, swimming pools and public showers) and punctured by small sheltered marinas. Additionally, the 2.05 km (1.27 mi) long, 52 m (171 ft) high Asparuhov most bridge is a popular spot for bungee jumping. Outside the city are the Euxinograd palace, park and winery, the University of SofiaBotanical Garden (Ecopark Varna), the Pobiti Kamani rock phenomenon, and the medieval cave monastery, Aladzha.